I guess my little brother took my last post on strollers to heart...here's a little gem illustrating why Julian doesn't need a stroller for his newborn, Nikita.
It's so cute I just had to share it!
http://www.youtube.com/watch?v=JyreUcrgkYw

P.S. I guess the sleepless nights with the baby haven't sapped his creative energy!

Posted by Jennifer No comments:

To Stroll or Not To Stroll...


My brother is undecided about getting a stroller for his newborn baby.
I could tell him how the stroller was Alexander's bed, his home away from home. How the custom made hooks (thanks Pa) hanging from the handle allowed me to carry huge bags of groceries through the crowds along Grafton St. in Dublin, or how the underlying pocket carried sweaters, water bottles, handbag, diaper bag, books, toys, Eliot's favorite plasmon Italian cookies. Cookies!! Do you know how vital cookies can be when you have a crying baby in a long line at the post office?
Now that I think about it, the baby stroller was a lifesaver, a game changer...not to mention, the closest I've ever come to owning a vehicle!
Then again, maybe there's a reason I don't have a driver's license.

Is Anybody Down There?

Zip flying at the MegaZip obstacle course at Sentosa. If you don't mind the 20 min taxi ride and look forward to having your kids dangle perilously in the air, while you get some alone time...then this is a must-do activity for you! I forgot to include it in the list I made last week: http://diaryofanexpatinsingapore.blogspot.sg/2012/12/fun-things-to-do-with-kids-in-singapore.html
but it really deserved it's own post and photo. After all, a picture is worth a thousand words.
Please continue sending me your own ideas and I will post them here!
Posted by Jennifer 4 comments:


P.S. Yes, I do realize that n. 9: Traveling to Bhutan already appeared in Stuff Expats in Singapore Like http://diaryofanexpatinsingapore.blogspot.sg/2012/12/stuff-expats-in-singapore-like.html.
What can I say? That's just how much they like it.

On my way to United World College this morning for workshops and book signings...so excited!
I especially can't wait for the Q&A section with the high school students.
Should be interesting...I get my best material from these kids-so inspiring!

I will, of course, be staying on for lunch. After all, how many school canteens do you know with a tandoori clay oven for freshly baked naan bread?  Alexander is always raving about it.
Which reminds me, I'll have to keep my eyes open for him-I couldn't possibly leave the school without giving him at least one gigantic hug in front of all his friends.
The boy expects it.
Posted by Jennifer 4 comments: 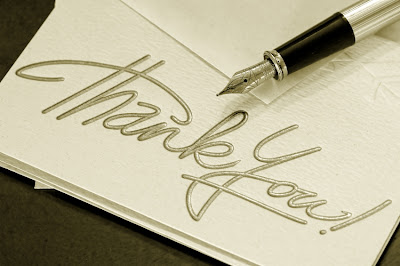 And Then There Were None: title of a thrilling Agatha Christie play in which the suspects are mysteriously murdered one by one? Or, apt analogy of what I thought would happen if I started a blog.
Initially, one or two readers (that's why they're called friends), perhaps an innocent internet user who googled best dumplings in Singapore...but I honestly assumed the 'fanbase' would peter out. Very quickly. Especially, after http://diaryofanexpatinsingapore.blogspot.sg/2009/11/maybe-it-wont-rain.html  A post about rain in Singapore...really?
Instead, contrary to all logic, the blog has taken on a life of its own and this morning, I am as surprised as you, to see it hit 50,000 views! What's even more awesome is to see how disparate the audience is...Singapore and England fairly predictable....Afghanistan and Bahrain...not so much!
So, thank you reader! It would have been great to write an Agatha Christie play...have the same ending as one? Not so much!
Fun little interview I did today for ExpatFocus:
http://www.expatfocus.com/c/aid=918/expat-experiences/singapore/jennifer-gargiulo-singapore/
Posted by Jennifer 12 comments:


My little brother Julian is about to become a Dad for the first time. Very exciting! The only catch is that in the same week the baby is due, he is also scheduled to play a concert at Carnegie Hall in New York City. The fact that he is currently living thousands of miles away in Athens, Greece with mom-to-be Elektra adds to the suspense. Will our young hero make it?
While some Dads are stepping outside the delivery room for a quick cigarette, Julian might literally be saying: "Honey, it's just a quick transatlantic flight. I'll be back in no time. You just keep pushing."

I really wanted to write a useful blog for the first time parents... maybe on things I wish I had known before having a baby ("What? They eat at night? That's ridiculous.") Or on things that seemed like a good idea before but really weren't afterwards (i.e. the jogger stroller). If you're not a jogger to begin with it's highly unlikely you're going to suddenly start jogging.  I was lucky if I could keep my eyes open. I'll save that for another blog.
But I do wish I were there...in Athens, at Carnegie, and most importantly outside the delivery room. Like you were, Jules, when you whispered right after Alexander was born: "Jen, he's really cute."