Do's and Don'ts When You're a Kid in Italy


1) DO look up. There is beautiful architecture everywhere.

2) DON'T look up for too long...there are also pigeons everywhere.

5) DO request gelato every day.

6) DON'T expect them to have Oreo McFlurries.

9) Do lose a tooth. The fairy leaves euros.

10) Don't forget your camera. Where else can you see a nun on a vespa?
Posted by Jennifer 2 comments: 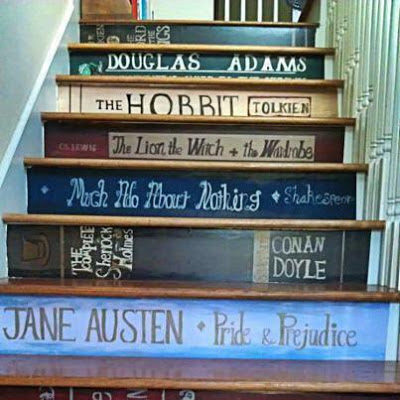 Interviewing the author of the book one is reading is a guilty pleasure (like eating nutella with a spoon but without the calories). This is just one of the reasons I enjoyed getting in touch with Chris Pavone, best selling author of The Expats, the book currently on my night table. Another is how Pavone perfectly describes, in his thriller set in Luxembourg, the life of an expat: at best, you get to reinvent yourself, at worst you are like a stranger forced to make small talk. And finally, he knows Verona is famous for red marble. What's not to like?

1) So Chris, when did you know you wanted to be a writer?
I worked for nearly twenty years in the publishing business—it’s all I’ve ever done—mostly as a book editor. Somewhere in there, I guess, though I can’t pinpoint exactly when.
2) How much of what you write is autobiographical?
The Expats is about someone who moves abroad to follow a spouse’s career, and to start a new life as a stay-at-home parent, to have a midlife adventure, to make new friends in a new place speaking a new language—to become someone new—and finds that none of this is easy. This material is, by and large, autobiographical; this was my life. On the other hand, the novel is also an espionage thriller featuring duplicitous CIA and FBI agents and 50 million stolen euros, whose central characters are all lying to one another, about almost everything. None of this is autobiographical.
3) What is your writing routine?
After I take my kids to school I continue to a club that I joined so I’d have a place to work; I’m terrible about working at home. I write until I run out of ideas or get hungry, whichever comes first, but in no case do I quit earlier than 11:00.
4) What are you working on right now?
I just finished final revisions on a thriller called The Accident—a woman receives an anonymous, mysterious, ominous manuscript, and then people start dying—which is due to be published in March 2014. And I’ve recently become obsessed with an idea for a television show, so now I’m working on that.
5) What is on your night table?
Life After Life by Kate Atkinson. Terrific.

Email ThisBlogThis!Share to TwitterShare to FacebookShare to Pinterest
Labels: In The Book Lover's Corner

10 Questions to An Expat: Chef Keith

1) Hello Keith, how long have you lived here?
Two years.

2) Where are you from originally?
Selangor, Malaysia. The family immigrated to Australia and we are Australian citizens with united nations family members - our youngest Caitlyn is born in Sydney and Jasmine the eldest in London.

3) What brought you here?
A work opportunity which aligned with our wish of having the kids know their Asian heritage, language and culture. I also founded a specialist roasting catering outfit called Roast & Host by Keith & Kin Pte Ltd.

4) What do you do in your spare time?
We make family time - we could be biking, rock climbing, rope walking or cuddling up to "movie time" at home.

5) What do you like about Singapore?
The ability to get different experiences without needing to travel long distances. With children this is a great place to start to experience everything. Since it is central in South East Asia, we can then upgrade to more challenging activities in the surrounding neighbouring countries. The ease with which to conduct business is also very welcomed. And so is the ease to jumping into the pool anytime and any day of the year.

6) So what do you like least?
I miss a more contoured landscape - a mix of height in landform is sorely missed. So I scaled Gunung (Mt) Rinjani, an active volcano (3,726 m) on the island of Lombok, Indonesia in May 2011.

7) Never leave the house without?
A smartphone and sunglasses

8) Best weekend trip?
A family staycation on the island, achieving one outdoor activity, taking in a staged production, a little gift for everyone, and a meaningful meal out. Or just hop over to Lombok, Bali, or Koh Samui.

9) Interesting fact people don't know about you?
I completed the full curriculum ABRSM 8th Grade in piano music - a long time ago!

10) So what advice would you give someone who is about to move here?
Align your goals to the region to make the best use of the opportunity, time and accessibility of all things on the island. Seek out the outdoor activities, fill up on all the food that have converged here on the island and book your holiday flights to Singapore's neighbours to enjoy the super ease of getting out and back into the country.

Foggy with a chance of barbecue...


This is what Singapore looks like today. And it smells like a bonfire out there (minus the marshmallows). Hazing season has begun (to not be confused with first year initiation rites at a fraternity), and it's not pretty. Illegal fires (the so-called slash and burn technique used on farms to make room for new crops) from the neighboring Indonesian island of Sumatra are causing the thick smoke.
A PSI (Pollution Standard Index) over 80 is unhealthy, last night it hit 321-highest ever recorded in Singapore. The haze, and debilitating air, have prompted the Singaporean government to issue a warning for children and elderly to stay indoors.
I did say I missed the fog in Verona...be careful what you wish for.
Posted by Jennifer 6 comments:

"There can only be one oompa-loompa in this house."


This morning I thought I looked pretty cool in my black leggings and white t-shirt, until Eliot observed: "You look like an oompa-loompa. I thought oompa-loompas could only be small."
As usual, my seven year old is a huge confidence booster. (See also:
http://diaryofanexpatinsingapore.blogspot.sg/2013/05/flattery-will-get-you-everywhere.html)
But the girl does have firsthand knowledge, when it comes to what an oompa loompa wears, having just played one in her school's rendition of Roald Dahl's "Charlie and the Chocolate Factory."
(See how the white t-shirt and black leggings in photo above prove her point.)
Eliot's enthusiasm for the stage is growing as are her roles (don't laugh, her first part was that of a puddle). I am beginning to think she may have a career in drama. I am not basing this observation so much on her performance as on her reaction, later at home, when she discovered she still had homework to do.
Posted by Jennifer 2 comments:

One day, these odds will make him happy...
Notice the "joyful" expression on Alexander's face as he realizes his fencing make-up lesson is with an older, all-female fencing class...
As his sister Eliot would say: "Awkward."
Posted by Jennifer 3 comments:


What's better than morning coffee and reading about your little bro in the newspaper? Free coffee?
Yes, but also having your blog mentioned on stage in front of thousands of people during the concert...thanks Jules.

Notwithstanding the rain, crowds showed up (obviously not Italian). Would the pianist be wearing a bathing suit? Would the audience be swimming? Unfortunately, the weather cleared and we'll never know.